Senate Majority Harry Reid (D-NV) is so passionate about protecting women that he even wrote an editorial entitled Republicans Renew War on Women in The Huffington Post. 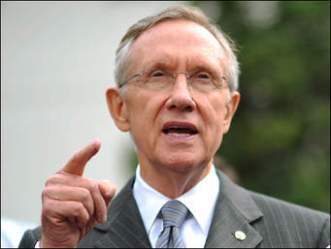 This Act is a bi-partisan bill, originally authored by Rep. Carolyn Maloney (D-NY), and passed by Congress as part of larger legislation, the Justice for All Act of 2004, which was signed into law by President George W. Bush on October 30, 2004. The Act also amends the Violence Against Women Act of 2000 to broaden the type of survivors eligible for legal assistance to include survivors of dating violence. Senator Reid refused to allow a vote on the Debbie Smith Act and instead will only allow a vote on broader legislation that includes this Act, the Justice for All Reauthorization Act.

Senator Reid is, as usual, playing partisan games. Senator Reid will accuse Republicans of being obstructionists because Republicans first want to pass a provision of the Justice for All Act rather than the entire legislation. Pot, meet kettle. See?

In case you missed it, I challenged my Republican friends today regarding their constant obstruction and delay: http://t.co/9PqJF89hgP

Instead of helping millions of rape survivors, Senator Reid would rather deny Republicans the ability to say that they are helping women because Senator Reid wants to keep alive the rhetoric that Republicans have declared a War on Women. That is despicable. Sexual assault survivors are not pawns in Senator Reid’s transparent chess game. I hope that voters will think about this as they head to the polls this November. Women, along with all Americans, can not afford to have a Senate Majority Leader who would deny rape victims justice because of partisan nonsense.

Have you heard that Republicans are waging a war on women? Apparently we refuse to pay women the same salary as their male counterparts, we don’t want women to have access to birth control and well, frankly, we think a woman’s place is in the kitchen. Yes, we Republicans really must hate women. See what I mean? 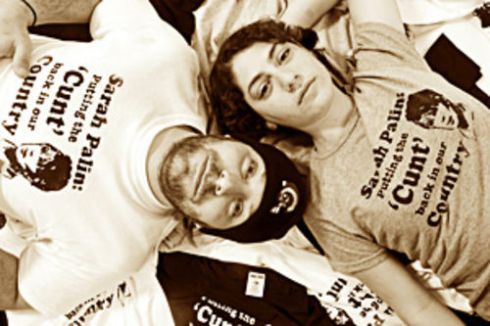 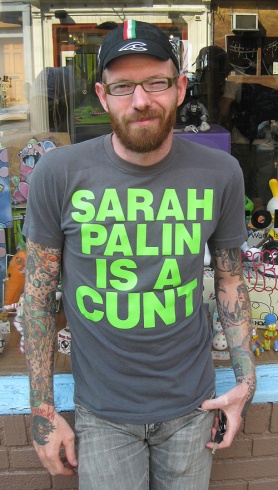 Yes we Republicans are so vile that we go around wearing T shirts that call Governor Sarah Palin such a disgusting word that its not even worthy of discussion. We go beyond slinging mud at women like Governor Palin by spewing vitriol at her, calling her a moron, a loose cannon and saying that she belongs in her rightful place on the tundra.

Oh wait, my mistake. Its not Republicans waging a war against this woman. Its Democrats.

Am I, a women’s college graduate, really going to the mat for Governor Palin? You betcha.

They are changing America by changing the people! Will you fight to save it, or allow the greatest nation on earth to perish?